Adrian Tchaikovsky is an english writer known for writing a great saga of ten books (yes, you read that right ...) of epic fantasy called Shadows of the Apt. I have read many complimentary things about this series and has often caught my attention and I have considered reading the first volume, but I recognize that, after reading Malaz at a stretch, it gives me a certain laziness initiate such a long and complex story. I will note that the first book was published in 2008, and the last in 2014, and since then the author has published a couple more of novels. We have another Sanderson among us, by the amount and variety, and, according to what little I've read, the quality.

His latest novel, Children of Time, is a very interesting science fiction story  which plot focuses on two pillars: first the biological and technological evolution of a species in a terraformed planet and second the disadvantages of the time required for the human interstellar travel. In both cases the title of the novel is quite justified.

I do not like spoilers, but it's a bit difficult to comment on the novel without revealing some minor parts of the plot, so if you are one of those who do not  like to know information of the novels that your are about to read I can only tell you that I strongly recommend reading this novel, I'm sure we'll hear about it this year, and hopefully some publisher will dare to translate it to spanish. Quite a discovery, a sprawl of imagination, and a new interesting  author to follow. From here, some spoilers. 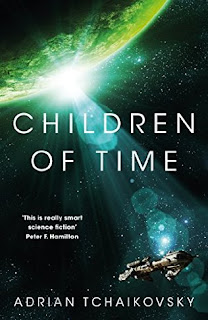 The story initially puts us in a timeline in which humanity has reached a technological level that allows easy travel among the stars, and the process of terraforming planets. At the time that one of these planets is about to be colonized a war causes the partial destruction of Earth and all its colonies in the solar system and other stars. Many years later, the last terrestrial survivors, no longer able to prevent climate and ecological changes caused by war, undertake a last desperate exodus to several of the terraformed planets looking for a new home for mankind. The story follows the journey of the Gilgamesh, one of the colony ships with the last human survivors, and the adventures and misadventures of his crew. When they arrive to the planet they find that there is someone else living there. Due to a virus designed to accelerate the evolutionary process, during the centuries that have passed some kind of spider has evolved to the point of creating a technical civilization.

The novel has two main stories, one which follows the evolutionary process of these spiders through the centuries (with a very clever use of the names used to empathize with such different organisms), and the other following the Gilgamesh trip. Tchaikovsky  masterfully alternates both creating an almost perfect rhythm, with lots of variety and originality, except for certain passages in the central part of the novel that slow the narration. I liked the plot of the spiders, it touches very interesting biological and social issues, but sometimes is a bit repetitive. On the contrary, the part that tells the story of the ship has conquered me with each new chapter. Although hibernation for interstellar travel is a recurring theme in science fiction Tchaikovsky has managed to give it a very original and creative point. 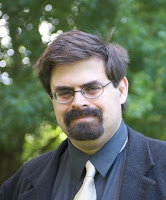 I also want to emphasize that the end has surprised and pleased me both, which unfortunately rarely happens to me. And I'm glad that the story is open to possible sequels to which I will be very attentive.
If you are interested, the author is publishing small stories set in the universe of the novel on his website to help locate and complement the story.

In short: a very interesting and entertaining novel of science fiction which gives a new perspective to topics widely used in the genre, with a very attractive and entertaining style, full of imagination and with well built and very charismatic characters. I recommend it for sure.
Publicat per dreamsofelvex a 21:33 Cap comentari: 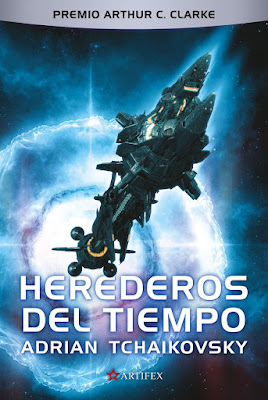 The water knife is the latest novel by the american author Paolo Bacigalupi. It is his second work for adults, after the award-winning The Windup Girl and, like this, is set in a near future scenario marked by major global climatic changes.

Unlike the previous one, located in Thailand, the action of The Water Knife is set in the United States, primarily in Arizona, Nevada and California, but most of the action happens in the city of Phoenix. It is not as ambitious as his first book, there are fewer details and subplots, but probably I prefer it because of the improvement in how weaves the plot and the construction of the characters, much more solid and consistent over the whole story. I think Bacigalupi has matured as a writer, and he is able to keep the rawness and realism (the features that highlight in the novel) throughout all the story.


There are three main characters on the novel, each starring and narrating from his point of view the different chapters, alternately. 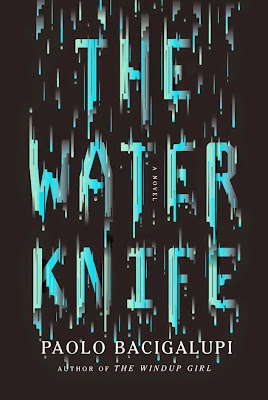 The main character in the novel is Angel, the water knife (a mixture of spy, gangster and detective) who works for the woman who controls Las Vegas. His function is to protect the water resources of this city of Nevada, and he does not hesitate to blackmail, threaten and if necessary (what happened often) use violence.
Lucy is an idealistic journalist who narrates the decay and corruption of the city of Phoenix, almost at the point of collapse, totally dependent on the little water that arrives from the Colorado River and filled with refugees from the former state of Texas who struggle in their suburbs.
Maria is one such refugees, and his view allows us to know more directly the decline that has come to the city.
One of more interesting points is the speculation of how the American Southwest will evolve in  social, political and economic levels in case of extreme drought caused by climate change. Bacigalupi is a specialist in this type of analysis, although he has a viewpoint somewhat pessimistic about human society and its values. Or maybe he is realistic and I'm a little naive, I do not rule.
Another great point is the presence of the arcologies: large self buildings thanks to solar energy, the internal vegetal production and recycling of used water. Living in them is the goal of all people in the American Southwest, and building and maintaining them one of the origins of all the problems depicted in the novel.


Although setting and temporary situation makes me clearly classify the novel as science fiction, the style  sometimes reminds me of a thriller: the structure of the plot and the relationship between the characters (which seems Bacigalupi doesn't want too much and does not hesitate to make them suffer).


In short, it is a great novel that I will clearly recommend, raw and hard, uncompromising, with a realistic touch and less complex than other works from the author, surely aimed to a broader audience . I am convinced that we will hear about it in future awards nominations.
Publicat per dreamsofelvex a 22:38 Cap comentari: 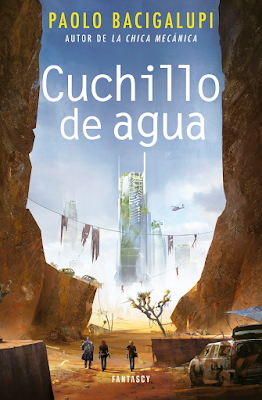 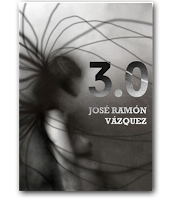 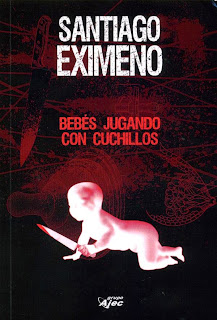 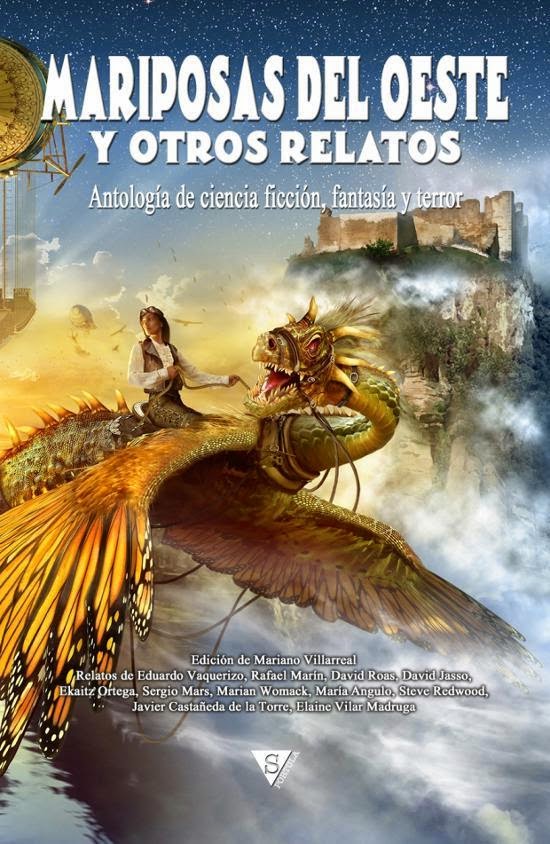