Regular readers already know that I often present novels of writers with little experience who have managed to pique my interest, either by an attractive synopsis, by some laudatory review, or, sometimes, by intuition or hunch. The latter is the priority reason I asked for the ARC of Creation Machine, by Andrew Bannister. My intuition has worked, but only partly. Let's see if I can explain.

The main merit of the novel is the world-building. The action takes place in a part of the galaxy called The Spin, about 30 light-days across, which was artificially created, with about a hundred inhabited planets in which different types of societies have arisen, have expanded, and they have come into conflict over the millennia. At the time the story begins there is a growing force, the Hegemony, and a small force that confronts it, the Society Otherwise. Simultaneously, in other small sector of The Spin dominated by a cruel and inhuman empire, an ancient and powerful artifact, whose origin may be the time of the formation of Spin, has been discovered. The two stories advance independently, and with very different styles, one with a lot of movement, action and variety, and other more conventional focused on politics and conspiracies (the latter I think it would suit perfectly in any epic fantasy novel with slight changes in the ambientation).
The first quarter of the novel hooked me. The situations were very different, very original spatial and temporal settings, and that showed a lot of creativity, and the story had me very intrigued. At times it reminded me the novels of  Scalzi and Varley, due to the use of humor and the atmosphere, although there are some topics, especially what concerns to the main characters (the very bad and very cruel ruler, and the generational conflict between a daughter and her father).
But from the first third of the novel, what was a virtue became a default. The author opens many fronts and adds many layers to the story and finally it has escaped from his hands and has failed to convincingly connect everything, and to explain it to be clearly understood.

It's a pity because I think the author has potential, there are some situations and some characters very interesting and original , but I think he has tried to string together a story too ambitious and has failed to dominate it.
Although the novel can be read as an independent story, Bannister has planned a couple more novels in The Spin, Iron Gods and The Stone Clock, located thousands of years after the events chronicled in Creation Machine. If I have the chance they will appear here, I think the imagination of the author deserves another opportunity.
Publicat per dreamsofelvex a 18:54 Cap comentari:

Publicat per dreamsofelvex a 11:37 2 comentaris: 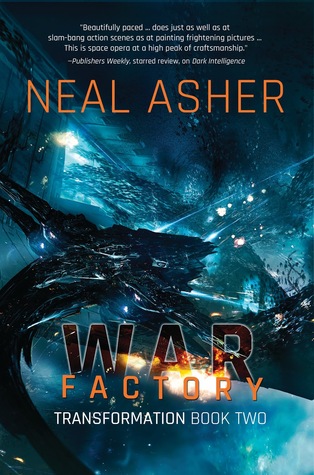 Publicat per dreamsofelvex a 19:22 Cap comentari: 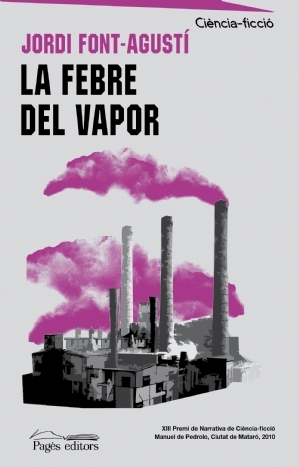 If there is an author who has appeared repeatedly and insistently in the last months on my social networks is Claire North (pseudonym of the young and prolific british writer Catherine Webb). Most of the comments of her novels are very appreciative, and because they are made by people whose judgment I trust, I have ready and waiting in my reader a couple of his novels: Touch and The first fifteen lives of Harry August.

But as usual followers of this blog already know, I'm a fan of new products, so the first novel I've read of this author  is the last one she has published, The sudden appearence of Hope.

The main point of the story is very surprising and original. The protagonist, Hope, has a strange gift (or curse, I have not finished deciding yet): people can not remember her. They can't remember her face, or her appearance, neither her voice nor the conversations they have with her ... after a minute is as if she had never existed and the impact of her actions are attributed to other factors. It's like what happens to the protagonist of the film Memento, but completely reversed.
Claire North has a double merit, imagine this original ability and know how to squeeze it to explain its consequences in many situations, both advantageous and the disadvantageous. I recognize that she has managed to surprise me and that I have spent a lot of time thiking what would I do if I had this ability. Nothing good, I assure you.


The story is told by Hope in first person, in short chapters and with many temporal jumps, alternating chapters to tell how she acquired her skill and how she adapted to it in order to survive, along with chapters for the main plot of the novel, which, without going into details to not spoil the reading, Hope is involved in a fight against a corporation that manages an application called Perfection.


This application aims to maximize the positive characteristics of the users controlling their shopping, activities, trips ... and advising them to reach their full potential. Positive actions accumulate points, but they can loose points if they don't do what Perfection tells them. When the users get to a certain score, they get rewards. The use of this application is widespread among the population, and is causing important changes in habits, appearance and the way of thinking of many people.
Besides being a good thriller with action, intrigue, moments of tension and very surprising situations, the novel also serves North to reflect on several more significant aspects: individual freedom, pursuit of happiness, the use of new scientific discoveries, and just raising the question of whether the end justifies the means. An interesting mixture of fun and reflection.
The novel has a negative aspect in my oppinion, its extension. I think that some situations are a bit repetitive and  unnecessary.
In short: a very successful first contact with an author who I was eager to met. I will read more of her books, for sure. A highly recommendable novel, with a very original approach, with action and mystery, but also with very interesting moments of reflexion.

Publicat per dreamsofelvex a 10:37 Cap comentari: 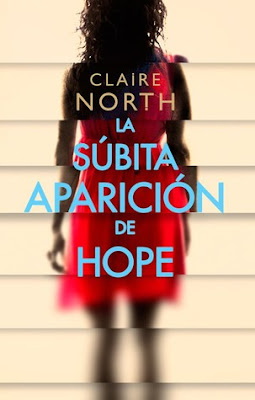