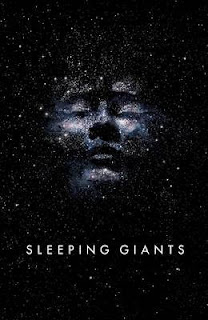 One of the novels that surprised me  last year was Sylvain Neuvel's Sleeping Giants, a clever mix of genres and themes. The story is located in a near future in which we discover various parts of the anatomy of a mechanical giant built in a strange and inexplicable metal alloy. Its discovery and dating breaks all the paradigms of archeology, so that it comes to the conclusion that they are of extraterrestrial origin. The novel narrates the search of the pieces, their investigation, assembly and essay, while the political relations between the different countries are changing due to this discovery. The story is explained through interviews (mostly), mission reports, transcription of recordings, personal journal entries ... This structure is key to make the reading agile, entertaining and addictive.

Today I will comment the second part of this saga, Waking Gods. Why change the formula that has given you success? Neuvel maintains the same narrative structure and the same use of the characters. Some of the mysteries of the first novel are solved, but other new ones are opened, much more intriguing. Unlike the previous one, that covered an ample period of time, the action develops in few weeks.
I think I've read it in less time than the previous one. I have devoured it, partly because I was already familiar with the scenario and the structure and, above all, because it is a very entertaining and addictive story.
The plot does not focus on the political and conspiracy part, but on the part of the action and the part of the history of our species and what happened when we contacted with the alien visitors. I must admit that a couple of twists in the plot have pleasantly surprised me, and I consider that Neuvel has been brave and not conservative: he could have chosen options that would have made it easier to continue with the plot, but he has decided to choose the difficult option. 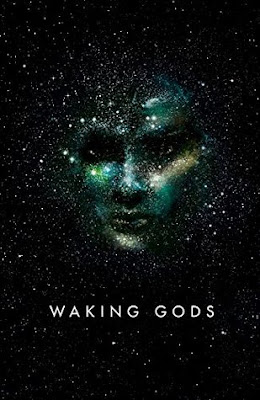 We retake the story about ten years after the end of the first novel. The team of pilots and scientists continue to study the functioning of Themis, but with relatively little success. The action is triggered when in some of the most populated cities on the planet suddenly appear a dozen giant robots that, through the use of a very toxic gas, manage to eliminate more than 99% of the population that is within a radius of 20 kilometers from the robot. The story centers on the against the clock struggle for humanity's survival against this implacable threat.

In short, a second part that maintains the virtues of the first, a very agile and addictive reading and a vertiginous rhythm. The part of the action predominates more than that of the conspiracy, but that does not mean that it's less interesting. It solves some of the mysteries of the first novel, but opens many other questions. I really want to continue with the story, but, for the time being, the name of the third novel has not been made public, so we will have to wait.
Publicat per dreamsofelvex a 6:19