I think I've just read one of the books of the year, altough we are only in April. Central Station is a compilation of stories with a fix-up style, in which the main protagonist is the stage in which they develop, although the characters share stories and parts of the plot. It is the first book of Lavie Tidhar that I read,  and I can assure it will not be the last.
Although a couple of the stories have been written expressly for this project, most had been previously published in magazines such as Analog or Interzone, and have been more or less modified to link them all. I'm surprised, because the result is fantastic, seems entirely designed from the start to be a whole, I even dare say that I have doubts if I would have liked some of the stories If I had read them independently, while in the anthology all fit in a way almost almost perfect. 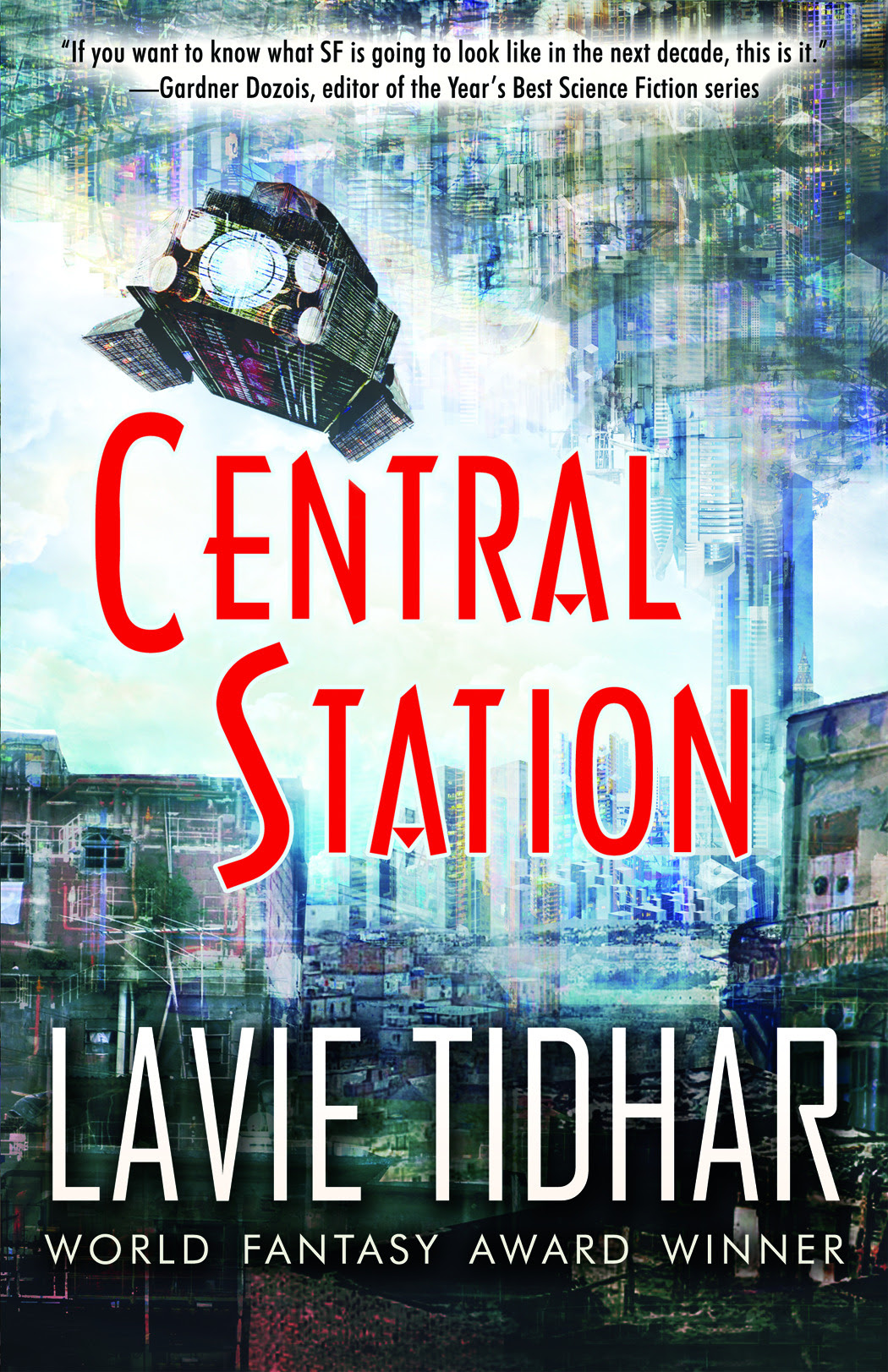 Central Station is located in Tel Aviv, and is a space station where  ships depart  and ships arrive from all corners of the solar system (well, it's the link to the orbital station). At its heart there is a huge shopping mall and entertainment areas and religious centers. It is a center of movement and novelty, but the characters of the stories are much more static and their life elapses around the station, without being significantly affected by the comings and goings. Each story has as a main character  a different protagonist, although they appear in other stories, since most of them are related by family or friendship ties.
The style is very poetic, indirect, that  leaves much to the imagination of the reader. They are not stories you can devour, they need a period of reflexion to make all the pieces fit.
Lavie Tidhar has shown his great imagination, even at some point I think he has wasted it. There are many details that are not deepened and that would allow him to write much more in this universe: the colonization of the stars and the solar system, wars on our planet and the weapons used, new religions, implants that allow you to connect to a global communications network, the presence of the other (AIs) ... These and other topics are touched only superficially. The world-building is so rich that I hope Tidhar will come back to it to provide us with new stories as great as the stories of this anthology.
It is a novel of ideas in which each new story is going to surprise you more than the last. Do not expect action, the important thing is the (broad, imaginative, overflowing) scenario and how the actors, very heterogeneous, are living in it.

I think the novel is a hymn against uniformity and in favor of diversity. Diversity in all aspects: genetic and racial diversity (the originality of the ethnic mix of the main characters is a great point), diversity of beliefs (although today's major religions survive, there are some new cults), diversity of identity (artificial intelligences, humans and robots coexist in a pluralistic society ... even there are mental vampires), sexual diversity (all kinds of relationships is well seen), and habitat diversity (although, unfortunately, the different spaces that humanity has managed to colonize are not described in detail ).

A fully recommended reading, I'm sure you will hear about it in next year's great awards.
Publicat per dreamsofelvex a 11:04